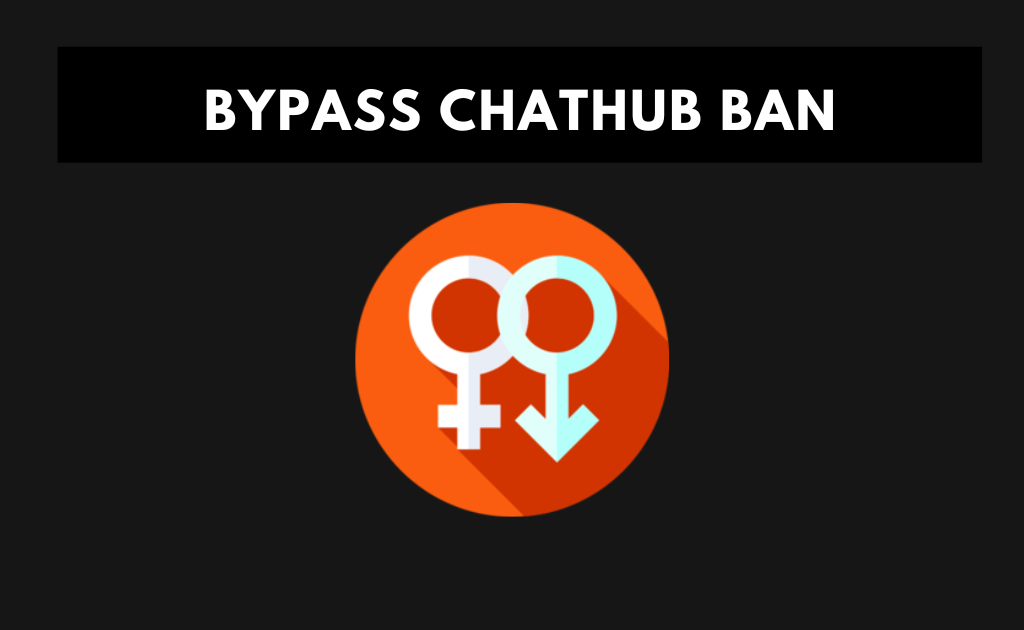 Many users have reported getting banned for no reason on ChatHub, leaving no options for them apart from trying to bypass these ChatHub IP bans. In this post, you will find step-by-step instructions on how to get unbanned from ChatHub and start using the website again in a few minutes.

With the increase in the overall platform’s users, there is also an increased number of people who break ChatHub rules and must be banned. Because of that, ChatHub has become very strict with its policies and is actively IP banning users without hesitation.

Lately, IP bans are more frequent, and while, for the most part, they will ban people who break the rules and predominantly bots who spam people with marketing messages and other social media accounts, there is a vast percentage of those people banned that never broke any rules or did anything wrong, leaving them in the dark, asking their self why did I get banned from ChatHub for absolutely no reason?

The first thing most people will do once they get the well-known message from ChatHub that they’ve been banned is to try and log in from an incognito tab, another browser, or even another device on the same network, only to find out that they still get the same message.

ChatHub IP bans people so they can not reaccess their platform from the same network. Apart from that, they keep cookies in your browser to identify you, and even if you get a new IP address but don’t clear those cookies, it can flag your new IP and get you banned again.

Thankfully the solution is pretty easy, and after following this guide, you will be unbanned and back on ChatHub in a matter of minutes.

How to get unbanned from ChatHub?

As I said above, bypassing the ChatHub ban is not that hard. You will need to follow a few simple steps and be back to chatting with people in a few minutes.

The best way to get yourself unbanned on ChatHub is to act on relevant and up-to-date advice with the latest ChatHub algorithm changes, which you will find in this post.

This post gets updated every new update to keep up with the recent changes.

1. Get a new browser or reset your current one.

You will first have to either install a new browser to use it for ChatHub or reset your current one. You want to do that to delete any history or cookies that could link you back to the ban.

There are many options when it comes to browsers you can choose. I will list some of the most popular ones below:

Depending on your preference, go ahead and search for the name of your favorite browser on Google, download it, and install it. Once you are done, don’t do anything; move to the second step of this guide.

On the other hand, if you choose to keep the same browser and reset it. All you have to do is to navigate to your Browser Settings -> Browsing Data -> Clear browsing data, make sure to tick the option Cookies and other site data, and click on “Clear Data” button.

Wait for a few seconds/minutes, and your browser will restart. Once it’s done, you are ready to move to the second step of this guide.

2. Get A Dedicated IP Address.

Your IP address is the most crucial security step that will even make or break everything you did above to bypass the ChatHub ban. The best way to change your IP address is to use a VPN service or a proxy server(Proxys need an excellent setup to avoid disconnections and unhiding your IP, so let’s stick with the VPN).

I recommend using NordVPN because they have dedicated IP addresses which means that you will be the only person connecting to ChatHub from them.

Why is the dedicated IP important?

Because you will have a fresh IP address only for yourself that no one else can connect from.

The shared servers from all VPN services are public to everyone with a subscription, which means that the chances that someone already got a public IP banned from ChatHub are very high.

I can’t find a completely free working method to go around the ban, but this is the cheapest it can get. You can add the “Dedicated IP” option on the checkout page.

Open NordVPN and make sure to connect to a server(you can choose any country you want).

Next, open up the browser, go to ChatHub.com, and connect to a chat. If you can connect without issues, congratulations, you just bypassed the ChatHub IP ban.

In case that, even when you use the VPN, you still get that message that you are banned on ChatHub, all you have to do is to connect to a different server or different country.

This happens because many people use VPN servers; some of these servers might already be banned on ChatHub. Smaller countries have lower chances of being banned. USA servers are the most banned since most people use them.

Nothing to worry about; I am sure you will find the perfect server in under 1 minute.

ChatHub is a free chat platform where you can video chat with strangers without registration. Matches between you and others come directly from ChatHub’s algorithm randomly.

Chats are anonymous unless you tell somebody information about your self which is not recommended and discouraged by the website as well.

What is a ChatHub Ban?

Everyone connected to the internet has a unique IP address, and so do you. Like many other platforms, ChatHub tracks, monitors, and logs IP addresses that connect to their platform. When you get banned, they will deny any connection from your IP address to their servers, making you unable to connect to their website.

Why does ChatHub ban users?

ChatHub will ban users who break their Terms of Services and Community Guidelines. Think of it as rules you should comply with when you use the platform. If you violate these rules and misbehave, they have the right to IP ban you without notice.

Some of the most common reasons that ChatHub bans users are the following:

Getting reported from many different users.

Getting reported from other users can lead to a pretty immediate ban on your side. Don’t swear, don’t be disrespectful to other people, and don’t be a complete retard.

Sometimes you will get reported for no particular reason, and occasionally someone will find something you said offensive even though you had no such intentions.

That’s part of the game, but if you keep it clean, you won’t have to worry about getting banned anytime soon.

Hateful, Racist comments and harassment of other users of the platform.

Bullying, harassing people, and hateful and racist comments will get you banned instantly. There are also specific words picked up from the algorithm automatically, which, if you continuously use, will get you flagged and later on banned.

Sexually explicit conduct and content are prohibited in moderated sections of ChatHub, and threatening or promoting sexual violence or exploitation are not permitted.

Sharing private information of other people without their permission is prohibited and can get you banned instantly. Attempts to obtain or share someone’s information as well are forbidden.

Impersonating other people is prohibited and can get you into trouble. The most common form of this violation is when people use fake cameras as their cameras from a famous person and pretend to be them. There are countless incidents of people falling for this and getting scammed for huge amounts of money, and even worse.

Content that involves or promotes harm or cruelty to animals or humans is prohibited.

Do not market, advertise or promote any goods or services, especially by spamming links everywhere.

Usage of any bots for whatever reason is prohibited and will be punished.

Can you get unbanned from ChatHub without changing your IP address?

If you want to be able to use ChatHub again from the same device and network, you will have to change your IP address. They have been banning IP addresses since they started operating, and there is no sign of stopping that since it’s a perfect way to get rid of thousands of bots and spammers instantly.

What’s the duration of a ChatHub ban?

ChatHub ban duration can be between a few hours to a few months or even permanent. If it’s the first time you get banned, chances are you will get unbanned in less than two weeks(that’s not a guarantee), but that depends on your violation and what rules you broke.

If you’ve been banned multiple times, you might never be able to use the website again, at least with the same IP address, since they will most likely permanently ban you.

An IP Ban is the most common technique ChatHub uses to prevent people who break the rules from entering their platform. They will ban the offender’s IP addresses so they can not connect to their website.