Brawl Stars is a combination of multiplayer arena and third-person shooter game which was developed and published by Supercell for both iOS and Android. It is one of the most popular mobile games to ever be released and the userbase is growing daily.

Playing Brawl Stars on your phone is for sure fun and convenient, but if your main focus is to be good at the game, you should consider downloading and playing it on your PC. You may even enjoy Brawl Stars more than playing it on your phone since you will have a better view of the game, and the controls of the game will be easier since you will be using your mouse and keyboard or a controller.

Apart from that, playing Brawl Stars gives you the “luxury” to play your favorite game even on your low-end pc or laptop since the system requirements are minimal to run the game on the simulator. Also, you will be able to limit the resources of your computer that the emulator is using, which means that you have full control of everything.

Below you’ll find step-by-step instructions on how to download and install Brawl Stars on your PC completely free and start playing the game right away!

You’ll have first to download and install one of the major mobile emulators to play Brawl Stars on your pc. We will use LDPlayer here as it is one of the most reliable emulators, with almost all mobile games and apps available to download and use instantly. LDPlayer quickly made a name for itself with the high performance and variety of games and features and enabled people worldwide to play & use their favorite games and apps on their computers. With LDPlayer, you’ll get the best performance possible while playing Brawl Stars, and you can forget about lags, crashes, and fps drops.

Click on the button above, and you’ll be redirected to their homepage. In the middle of the screen, there is a big yellow button named Download LDPlayer. Click on that and wait for the executable file to be downloaded.

Once downloaded, click on the file, and an installation window will pop up. Choose the installation path of LDPlayer and click on Install. If you have an SSD on your pc, I recommend installing the LDPlayer on it to reduce the loading times and increase the overall performance of Brawl Stars.

Now, wait for the installation to be completed. It may take some time, depending on your internet speed. Once done, click on Start. If you don’t have VT enabled, you’ll most likely get a message that suggests you enable it to increase the emulator’s performance. Don’t worry; you’ll find step-by-step instructions on how to enable it at the end of this post.

Now that you have successfully installed LDPlayer, you are one step closer to playing Brawl Stars on your PC. Let’s move on to the next steps.

Now that you successfully installed LDPlayer, you’ll have to either create a new account or log in with your current one. You should see an icon named LD Store on your home screen, click on that, and you’ll be redirected to their store page.

On the top right part of your screen, click on the human icon.

On the left side, there should be a sidebar. Look for the Sign-in option and click on it. Now you should be redirected to the Google sign-in page. Now is when you either log in with your existing account so you’ll also be able to continue playing Brawl Stars with your current progress, or you create a new one and make a fresh start.

Now that you are logged in, and everything is set up properly, it’s time to download and install Brawl Stars on your PC.

Navigate to the LDPlayer Store by clicking the icon on the homepage and click on the search bar.

Type “Brawl Stars” in the search bar and there should be a few results coming up.

Now all you have to do is wait for Brawl Stars to be installed, and you can start playing your favorite mobile game on your pc completely free.

LAST STEP(optional): Increase the performance of Brawl Stars on your PC

This is a vital part if you want Brawl Stars to run smoothly on your PC. What we want to do here is to enable VT. Enabling VT allows the emulator and Brawl Stars to use more of our CPU, GPU, RAM to run our favorite games and apps smoothly. Below you can find step by step instructions on how to enable VT on your computer:

Benefits of playing Brawl Stars on your PC

Guides to Optimize your PC

Below you can find some posts from me that will help you optimize your PC even more and possibly increase your FPS.

Other useful tools for Brawl Stars

NordVPN can be really useful for players who have their IP banned from a specific game and cannot play it. Another reason would be to join a game that’s banned in your country, and you have no other way of playing it. While these are the most common reasons someone would want to use a VPN while playing, in some instances, using a VPN might even reduce or at least stabilize your ping and overall connection while also protecting your data.

I would not suggest you use a free VPN because there is a high chance that your data is going public after some time. Instead, you can use NordVPN, one of the best-paid VPN services out there with many years in the business. You get an encrypted connection with thousands of servers available, as well as a private proxy that is used only by you(This is exactly what you need when gaming). There is no data or bandwidth limit, so you can use it for streaming, downloading,

With all that being said, the last thing I want to mention is its price, which is around $4 per month, which makes it one of the cheapest VPN services in the market.

If you want your mobile games and apps and particularly Brawl Stars, to load faster on your PC, then you’ll need an SSD. If you don’t have one, then take a look at the WD_Black 500GB and SAMSUNG 870 EVO

Is it allowed to play Brawl Stars on PC?

Playing Brawl Stars on your PC it’s completely legal and it will not get you banned unless you break their TOS.

What is the best way to play Brawl Stars on PC?

The optimal way to play Brawl Stars on your PC is by using a well-optimized emulator like the one I used in the guide above.

Is it better to play Brawl Stars on mobile or PC?

The best way to play Brawl Stars is on your PC rather than mobile because of the benefits and advantages you get over the rest of the users. 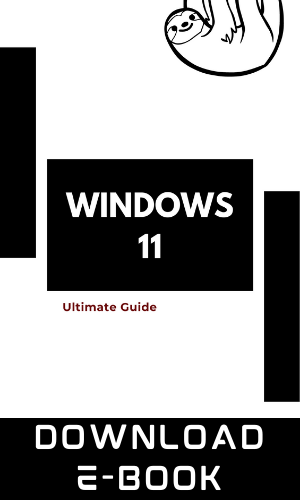